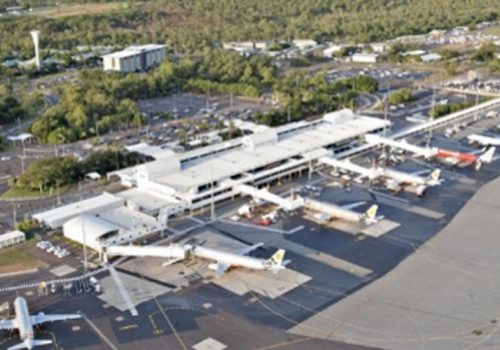 NAIF’s largest investment to date is one step closer with the announcement of the prospective investment of a $150 million loan to Northern Territory Airports Pty Ltd (NTA).

The loan will fund infrastructure projects as part of the $300 million infrastructure expansion package across airport sites in Darwin, Tennant Creek and Alice Springs including:

“Benefits will be delivered for the Northern Territory through the project. There are expected to be up to 1,000 jobs generated through the construction phase, supporting approximately 500 indirect jobs through the supply chain with over 140 new on-going positions.” Ms Laurie Walker, CEO, NAIF stated.

NAIF’s ability to provide an early indication of support for these projects will accelerate their construction with the projects now scheduled to commence in early 2019.

“Transport related infrastructure is an important enabler of growth and prosperity in the north and today’s announcement is a significant milestone.” Ms Walker said.  “NAIF and NTA, led by its CEO Mr Ian Kew, have collaborated very closely since NAIF’s inception on infrastructure opportunities to address our shared interests of growth and prosperity across the north, including in the Top End.”

Local Territory businesses, including a number of Indigenous organisations will benefit from this investment with NTA committing to a 10% Indigenous employment target through its Indigenous Engagement Strategy –a mandatory requirement of NAIF finance.

NAIF will also continue to work closely with stakeholders including NTA and the Northern Territory Government as they undertake their review of the project and work towards agreeing to provide funds.