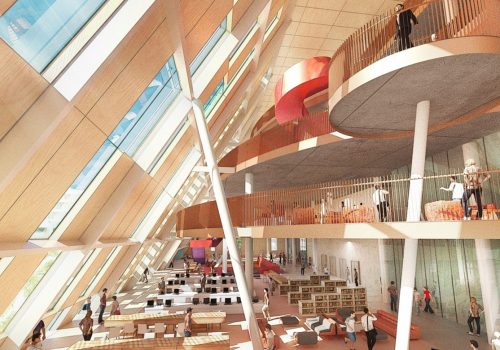 The Northern Australian Infrastructure Facility (NAIF) is working with Charles Darwin University (CDU) on a potential loan to help boost education facilities in Darwin’s CBD through the establishment of a new campus including teaching, research and facilities. The project is currently in the due diligence phase of NAIF’s assessment.

The Project forms part of the process of the Darwin City Deal announced by the Prime Minister, the Hon Scott Morrison MP, on 16 November 2018.

Ms Laurie Walker, NAIF’S Chief Executive, said: “We are pleased to confirm we are working with Charles Darwin University. Education and training is an important priority for NAIF as part of our objective to support growth in the economy and population of northern Australia.”

CDU through its expansion plans will support employment, activity and growth across Darwin.

Since coming into operation two and a half years ago, NAIF has announced funding for a range of projects across the Northern Territory totalling $185 million. This includes:

More broadly across the north of Australia, as of early November 2018, the total value of NAIF loan commitments (including conditional approvals) to date is $1.035bn. The estimated total capital value of those projects is $2.333bn.  The amount of public benefit forecast to be generated by NAIF-supported projects is $1.9bn (noting this does not yet capture all the benefit from the conditional approvals).

Over 2,870 direct jobs are currently forecast to be generated across NAIF-supported projects (not including the many additional indirect jobs that will be generated).

“This demonstrates the important role of NAIF in acting as a catalyst for accelerating infrastructure development across the north.” Ms Walker said.