The Northern Australia Infrastructure Facility (NAIF) is pleased to announce that a $76 million loan to support CQUniversity Australia (CQU) following the impacts of COVID-19 has reached contractual close. 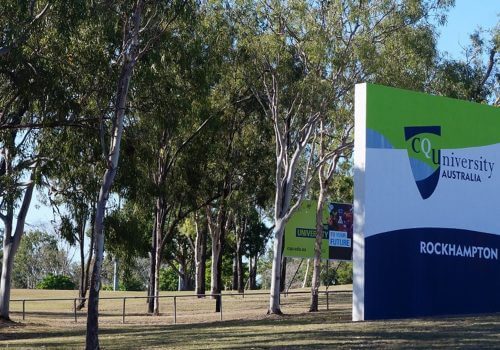 The Northern Australia Infrastructure Facility (NAIF) is pleased to announce that a $76 million loan to support CQUniversity Australia (CQU) following the impacts of COVID-19 has reached contractual close.

NAIF stepped in earlier this year to secure CQU’s planned capital works and upgrades to digital infrastructure over the next two years after the COVID-19 pandemic impacted the university’s revenue.

CQU will use NAIF’s funding to build and upgrade a range of digital platforms to improve delivery of remote learning, with the remainder used on a program of construction works, upgrades and refurbishments at campuses across regional northern Australia.

Reaching contractual close is a key point of economic enablement for NAIF’s transactions as this is when proponents can start project design and construction, driving employment and economic growth.

The contractual close was announced by NAIF CEO Chris Wade at the Developing Northern Australia Conference in Rockhampton, home to CQU’s main campus and the base of the university’s information technology department.

Mr Wade said: “NAIF moved quickly earlier this year to put together a loan package to support CQUniversity with their pandemic response plan. We are delighted that the deal has now closed. Our loan will ensure CQUniversity can continue to support future skills needed in regional Queensland, through funding a package of works and digital infrastructure, and we thank the Queensland Government for their assistance in quickly signing off on the financing documentation.”

The digital works funded by NAIF include new digital experience platforms and learning spaces for students as well as upgrades and enhancements to student administration, finance and other core systems plus the associated hardware.

In Queensland, NAIF has made 10 investment decisions across a range of sectors and regions valued at $1.0 billion. In addition to CQUniversity, in central Queensland NAIF has approved a loan of up to $25 million to Signature Onfarm Pty Ltd to construct a specialist beef processing facility and on-site employee accommodation near Clermont.

NAIF’s mandate was recently extended by the Minister for Resources, Water and Northern Australia until 2026 and in late September the Minister also announced a series of reforms that following the passing of legislation will further assist in accelerating NAIF’s ability to drive economic growth in northern Australia.