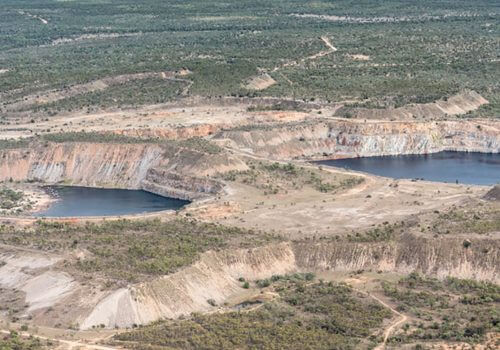 Genex Power Limited (ASX: GNX) (Genex or Company) is pleased to announce that the Northern Australia Infrastructure Facility (NAIF) Board has expressed its support for the development of the financing structure for Genex’s Kidston Stage 2 project (the Project) through the provision of an indicative term sheet for a long-term concessional NAIF debt facility for up to $516 million (Term Sheet).

The NAIF Term Sheet provides for a secured, long tenor subordinated loan of up to $516 million to the Project, and is subject to a number of conditions and customary terms for a project financing term sheet, including the following:

• negotiating offtake arrangements and grid connection for energy and dispatch rights for the Project to the satisfaction of NAIF;

• concluding a cost benefit analysis in accordance with the provisions of the NAIF Investment Mandate1, which will be important in determining the level of concessionality that NAIF can offer the Project;

• securing the balance of equity funding from an acceptable equity partner;

• due diligence on a range of Project matters;

• negotiation and execution of project and facility documentation; and

Each of these conditions, including key project elements which need to be further developed, will need to be satisfied and due diligence completed prior to the NAIF Board making an Investment Decision.

The Company is continuing to progress each of the Term Sheet conditions alongside its  other Project workstreams with the objective of reaching financial close by the end of CY2018. Genex looks forward to providing further progress updates to the market as each of these milestones are achieved.

In commenting on today’s announcement, James Harding, CEO of Genex said: “Genex is very pleased to work with NAIF in the development of the Kidston Stage 2 Project. The issuance of the Term Sheet and NAIF’s support to negotiate the detailed terms of a long tenor, concessional loan which would secure the bulk of the Project debt funding, is a significant milestone in the development of the Project. We wish to thank NAIF for their strong support and look forward to working with them over the coming months as we move towards achieving financial close in the latter half of the year.”

Ms Laurie Walker, CEO of NAIF, also commenting on today’s announcement said: “NAIF’s indication of this support will assist Genex to advance its discussions with other Project counterparties and to prove up the Project fundamentals. This is a demonstration of how NAIF can work with stakeholders to help them understand how its concessional financing can support the development of a project which has the potential to provide substantial benefits to Northern Australia. NAIF sees the Project as important for the transition of the market to lower emission renewable energy sources, and the Board’s preparedness to consider a capital commitment of the size referred to in this announcement reflects the alignment of this type of project with NAIF’s objective to contribute to the transformation of Northern Australia through infrastructure development.”

The full ASX release can be found below.