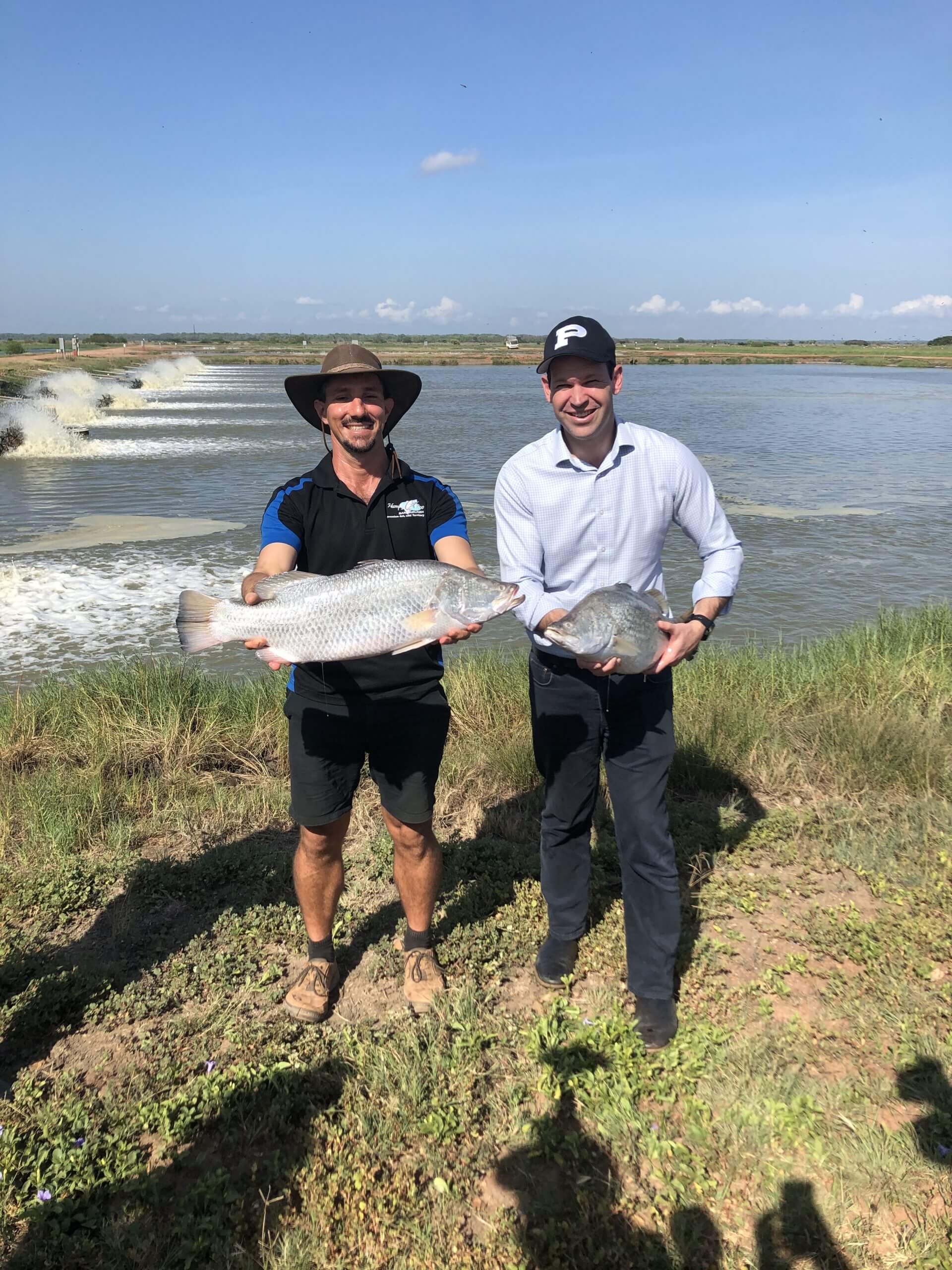 The expansion of Australia’s largest barramundi farm to stimulate exports and reduce Australia’s reliance on imported barramundi has reached a significant milestone with the signing of loan documents by the Northern Territory Government and Humpty Doo Barramundi Pty Ltd (HDB).

This is the first NAIF Northern Territory loan to have loan documents entered into after the NAIF support for the project.

Ms Laurie Walker, NAIF CEO, said “As the first NAIF loan document signed by the Northern Territory Government today’s announcement is a significant milestone. It demonstrates the strong collaboration and commitment by the Territory and NAIF to contribute to the generation of public benefit and support economic growth in the north.”

“We are delighted that contractual close on this project has been reached. NAIF’s investment, in partnership with ANZ, will help HDB grow the aquaculture sector in the Northern Territory, and assist them in increasing production and moving to provide a greater range of products.”

Dan Richards, owner and Chief Executive Officer at HDB, said “NAIF has provided our business with the opportunity to fast track investment and growth, ensuring all Australians and the global marketplace have access to Australian grown seafood every day and creating long term job opportunities in the Territory.”

NAIF’s loan of up to $7.18 million to HDB is for the first stage of a proposed three stage infrastructure project.  It involves construction of a medium fish nursery and feed systems. There is potential for NAIF to invest a total of $30 million across the three stages of the project.

With financial terms and conditions agreed, the first drawdown of loan facilities from partner bank ANZ has occurred.

Economic and public benefits forecast through the three stage expansion include:

There continues to be strong momentum for job generating infrastructure development across the north. The value of NAIF Investment Decisions and Conditional Approvals in the Northern Territory is now close to $350m on projects across the aquaculture, tourism, transport and resource sectors. In addition to HDB, this includes:

More broadly, NAIF has now made 6 Investment Decisions and 6 Conditional Approvals. The total value of NAIF financial assistance across these 12 projects is $1.245bn.

“Our team, looks forward to continuing to work closely with the Northern Territory Government and our proponents to deliver more projects in the Territory,” Ms Walker said.