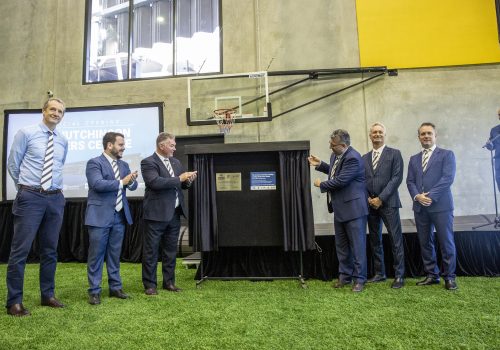 The North Queensland Cowboys’ Community, Training and High-Performance Centre in Townsville, the beneficiary of a NAIF $20m loan, was unveiled in Townsville at a ceremony attended by Minister for Resources, Water and Northern Australia Keith Pitt and NAIF CEO Chris Wade among others.

The Cowboys’ project delivered 213 direct jobs during construction and will support another 58 direct jobs in operations. Additional indirect jobs are forecast to be generated by the project.

NAIF CEO Chris Wade said: “NAIF was a key early supporter of the Cowboys’ community centre and we are delighted to have helped the team turn their vision into reality. The centre will bring a range of economic and social benefits to Townsville and is an example of the positive impact that NAIF can bring by working with other investors and key partners.”

Bringing an economic boost to Townsville, NAIF has supported to date five infrastructure projects in the city worth more than $230m which together will create or support more than 1,300 jobs.

NAIF has to date supported 25 projects across northern Australia, with investment worth $2.9 billion, forecast to generate around $9.4 billion in economic benefit, and supporting around 9,000 jobs. In Queensland, NAIF has approved loans to ten projects worth $1 billion in investment.

In addition to funding the Cowboys project, other developments in Townsville being supported by NAIF are:

In the broader Townsville region NAIF is also supporting other projects:

Other projects in the broader Townsville region being considered for NAIF investment include the CopperString 2.0 power project which is in NAIF’s due diligence phase.