The Northern Australia Infrastructure Facility (NAIF) has congratulated Kalium Lakes Limited on progress towards the development of a new sulphate of potash operation. 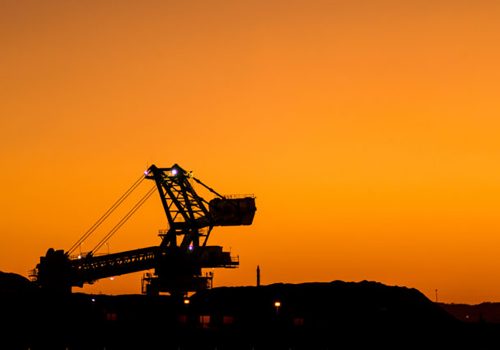 The Northern Australia Infrastructure Facility (NAIF) has congratulated Kalium Lakes Limited on progress towards the development of a new sulphate of potash operation.

The NAIF-supported Beyondie Sulphate of Potash Project (BSOPP) in Western Australia is now passed the significant milestone of greater than 50 per cent completion and is well-placed to commence production next year.

NAIF was an early supporter of the project and agreed in February 2019 to provide a loan of up to $74 million towards the development. The company has drawn $19.7 million of NAIF’s loan and is expected to draw the remainder as the project nears completion.

The company recently completed an equity raising of over $60 million to advance the project through to production, with NAIF providing an additional $10.5 million debt facility to support the equity capital raising which, due to the success of the equity capital raising, was not required. NAIF’s deal was nominated for the 2020 Australasian Law Awards Energy and Resources Deal of the Year.

Following completion of the capital raise, Kalium Lakes commenced construction works, with employment peaking at more than 100 people on site during July and forecast to exceed 200 people, on average, in the coming months.

Planning has commenced for the commissioning of the processing facilities, along with implementation of operational readiness, placing Kalium Lakes in a prime position to commence production next year.

Sulphate of potash is a high-yield fertiliser used to cultivate fruits, vegetables and a number of other agricultural products. Kalium Lakes’ project will help create a new domestic industry.

Mr Wade said: “The Beyondie sulphate of potash project has exciting potential for Australia’s resources sector and we are delighted that NAIF has been an early and ongoing supporter of an emerging Australian success story. Kalium Lakes’ capital raise is a vote of confidence in the project, which will create a new industry, and we look forward to continuing to work with the company as they head towards first production.”

Mr Wade added: “At a critical time for economic development given the impacts of COVID 19, we see NAIF as being a key partner in the development of northern Australia, whether through loans to new projects, bringing together stakeholders to develop totally new initiatives or, as with Kalium Lakes, working with our existing financing partners on tailored financing solutions to support them through their various stages of development.”

Kalium Lakes expects to deliver first production at Beyondie in the third quarter of next year. The public benefit from the project has been forecast at $169 million over the 30 years of the mine life.