NAIF Board bolstered by Queenslanders

Two Queenslanders have been appointed to the Northern Australia Infrastructure Facility (NAIF) Board. 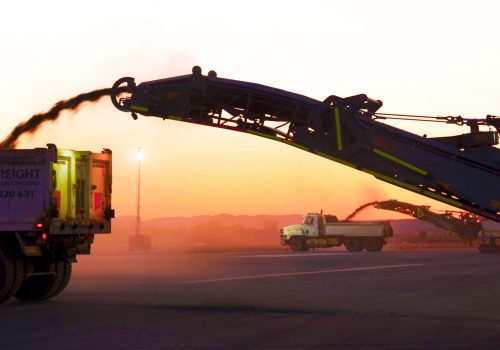 Two Queenslanders have been appointed to the Northern Australia Infrastructure Facility (NAIF) Board.

Mr Grant Cassidy OAM and Mr (Alan) Mark Gray join the board on 30 November 2021. This means each jurisdiction is again represented on the NAIF board.

Minister for Agriculture and Northern Australia David Littleproud said it is vital that the NAIF Board has the right mix of business and government expertise.

“Mr Cassidy owns and runs two award-winning hospitality businesses, as well as heading up a cattle-grazing property in Rockhampton, where he is based,” Minister Littleproud said.

“These Queenslanders will help the NAIF continue to roll out $5 billion in loans and other support that will bring to life significant infrastructure projects across all sectors in the North.”

“The NAIF is critical to encourage and complement private-sector investment in infrastructure that benefits northern Australia,” Senator McDonald said.

“The Government is accelerating NAIF’s impact, by charging the body with an expanded toolkit to support projects beyond concession loans, like equity investments.

“I look forwarding to seeing these two candidates, both deeply committed to the north’s development, take up their roles.”

He also has a background in commercial radio and multi-media and was awarded the Medal of the Order of Australia in 2019 for services to the tourism and hospitality sector.

Mr Gray was the Office Head for Macquarie Group in Queensland and an Executive Director (Partner-equivalent) with BDO (Qld) Pty Ltd. He holds a number of current Directorships, including Sugar Terminals Limited, Royal Flying Doctor Service (Queensland Section) and Queensland Cricket, each of which has interests and operations in northern Queensland.