NAIF in the news: Cowboys celebrate unveiling of centre

North Queensland Cowboys have cemented their connection to the region with the official unveiling of the Community, Training and High Performance Centre. 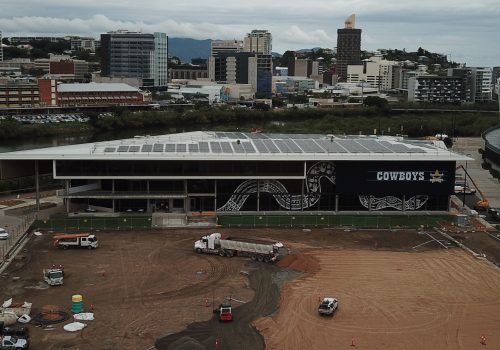 North Queensland Cowboys have cemented their connection to the region with the official unveiling of the Community, Training and High Performance Centre.

The club has announced Queensland building firm Hutchinson Builders as holding the naming rights for the state-of-the-art facility.

It coincides with the announcement of Hutchinson Builders joining the club as a major partner on a 10-year deal.

Funding for the project was secured through a $15 million grant from the federal government, $5 million from the Queensland government and a $20 million loan from the Northern Australia Infrastructure Facility.

“We’re thrilled to have reached this exciting stage in our wonderful new facility to be officially adding The Hutchinson Builders Centre as a highly attractive destination on Northern Australia’s community, sporting and economic radars,” Ramsay said.

Hutchinson Builders chairman Scott Hutchinson said the facility, which will officially open in May, had grown close to the company’s heart.

“When we look at this magnificent new facility, our people are immensely proud as builders, North Queenslanders and Cowboys fans,” he said.

The facility has been fitted out with the latest in professional sport training technology.

It has a large gym space, indoor training arena (which converts from synthetic grass to a basketball court), altitude training room, resistance pools and a fully-fledged physiotherapy space.

Read more on NAIF’s support to the Cowboys here.