The Northern Australia Infrastructure Facility (NAIF) is pleased to announce it has achieved contractual close for a $300 million loan towards Darwin’s Shiplift Project. 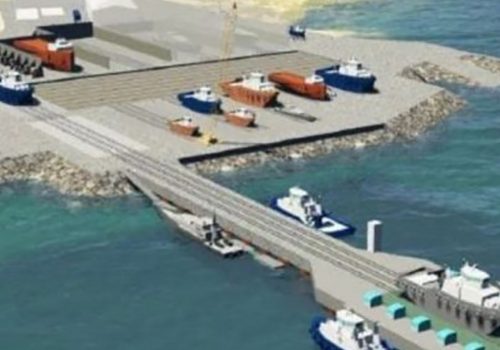 The Northern Australia Infrastructure Facility (NAIF) is pleased to announce it has achieved contractual close for a $300 million loan towards Darwin’s Shiplift Project.

NAIF’s loan to the Northern Territory Government for the construction of a new Shiplift and associated marine infrastructure in Darwin harbour will consolidate the city’s position as a hub for marine maintenance and servicing in northern Australia.

The milestone means that NAIF has now reached contractual close for financings worth $1.1 billion across the north. Reaching contractual close is a key point of economic enablement, providing proponents the comfort to start design and construction and hence drive jobs and economic growth.

NAIF CEO Chris Wade said: “Reaching contractual close is an important milestone for the Shiplift project. NAIF’s investment to the NT is forecast to deliver economic diversification, job creation, new roles for highly skilled workers and new opportunities for NT businesses. We thank the Northern Territory Government for their co-operation in signing off on the documents and look forward to continuing to work with our key partners to ensure the project is a success.”

The new Shiplift in Darwin will be used to lift vessels out of the water so they can be serviced, repaired or stored, including for safety during cyclones. The development will be situated on Northern Territory Government land in the East Arm precinct of Darwin harbour and will be operated by the Paspaley Group. A statutory open access and pricing arrangement will ensure common-user access to the facility, providing benefits for multiple potential users.

A significant number of construction jobs are forecast to be created with additional roles to follow during operations.

Since inception, NAIF has made full offers of funding worth $697m to Northern Territory projects including:

NAIF’s mandate was recently extended by the Minister for the Resources, Water and Northern Australia until 2026 and in late September the Minister also announced a series of reforms that following the passing of legislation will further assist in accelerating NAIF’s ability to drive economic growth in northern Australia.