Switch on for remote solar farm backed by Australian Government 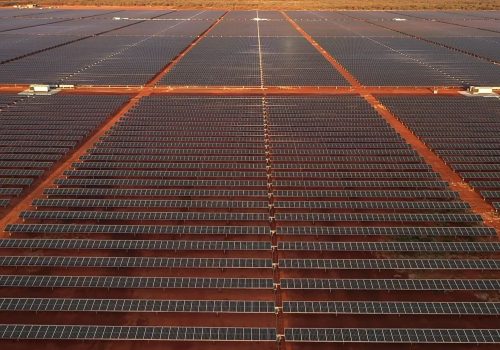 The project received a $90 million loan from the Northern Australia Infrastructure Facility (NAIF), along with other funding contributions from Australian Renewable Energy Agency (ARENA) and state and federal governments.

The solar farm has already powered up to 100 per cent of daytime operations at Fortescue’s Christmas Creek and Cloudbreak mines, and will displace around 100 million litres of diesel every year. Supply will be backed up by battery storage and gas generation at Alinta Energy’s Newman Power Station.

NAIF Acting CEO Amanda Copping said the commencement of operations at the solar farm is a major boost towards a low carbon energy future.

She said: “NAIF was an early supporter of the project and we congratulate all the parties on building a benchmark renewable project in the Pilbara. The project is an example of what can be achieved when business partners with Government and financing agencies. We are delighted to see another NAIF supported project become operational.”

The solar farm has over 160,000 solar panels and more than 500 construction workers were involved in the project. Alinta reports that a total of $4.7 million worth of contracts were awarded to Indigenous owned enterprises during construction.

NAIF has made financing commitments of $3.1 billion to projects in northern Australia. These projects are forecast to generate more than $15 billion in economic impact and support more than 10,000 jobs (during construction and operations). In Western Australia, NAIF has approved $1.2 billion of loans to projects, supporting more than 2,400 jobs.