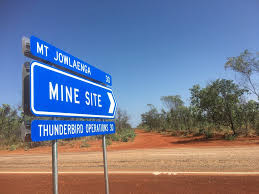 The Northern Australia Infrastructure Facility (NAIF) today announced its latest Investment Decision, to help finance the development of the Thunderbird Mineral Sands Project, one of the world’s largest and highest-grade zircon and titanium dioxide deposits located in the remote West Kimberley region.

The latest loan is the sixth Investment Decision made by NAIF, taking its total investments including conditional approvals to over $1 billion.

NAIF’s loans of $95m to Sheffield Resources Limited (ASX:SFX), the 100% owner of Thunderbird, will supplement private sector finance to build a mineral sands processing plant, LNG power station, high voltage electrical reticulation and regasification and gas storage facilities at the mine site.  Upgraded roads will enable the safe transport of personnel to and from the mine and ship loading and logistics assets will be built to revitalise the port of Derby.

The processed minerals have a wide range of industrial applications, from fibre optics to ceramic tiles.  Thunderbird represents one of the largest discoveries in decades and is poised to become a new, reliable source of mineral sands to meet global demand.

‘We are delivering on NAIF’s mandate to contribute to the generation of public benefit as we support the growth and population of northern Australia through the financing of game-changing infrastructure projects,’ NAIF CEO Ms Laurie Walker said.

NAIF’s support will help the project create 400 jobs during construction and 280 direct jobs over the 42‑year mine life. Independent analysis by Deloitte forecasts a net public benefit of A$487m from the project.

Ms Laurie Walker said, ‘This is an exciting project that is underpinned by global growth in demand for Australian minerals.  Sheffield has secured binding offtake agreements for a significant volume of its high quality mineral sands products.’

‘Public benefit is a mandatory criterion for all NAIF funded projects,’ said Ms Walker. ‘Sheffield Resources has made a ‘Pledge to the Kimberley Community’ that includes salaries staying in the region through its focus on a drive-in/drive out (DIDO) workforce (rather than FIFO) for jobs at the mine.

‘Economic activity and growth for the towns of Derby and Broome will be enhanced with training, employment and supply opportunities for the local population’, Ms Walker said.

‘Sheffield Resources has made a public commitment to build to 40% Aboriginal employment in the first eight years of operation under a key part of Thunderbird’s workforce planning.’

Ms Walker continued, ‘A strong Indigenous Engagement Strategy is another mandatory criterion for NAIF funded projects.  Sheffield Resources has been actively engaging with local Aboriginal people regarding the planning, construction and operation of Thunderbird.  They have also pledged cash payments to the Traditional Owners estimated to exceed $100m over the life of the mine.’

The proposed NAIF financial assistance is subject to the finalisation of the Western Australian Government’s consideration and their agreement for the approved funds to be advanced.