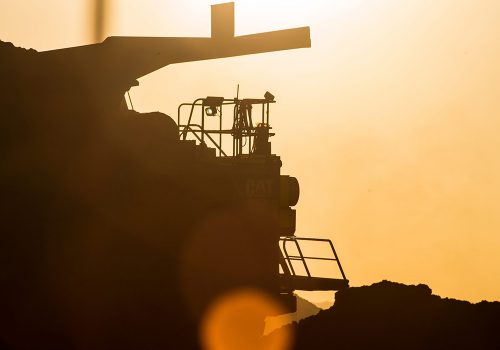 EcoMag Limited (EcoMag), an Australian company seeking to take waste salt water and turn it into high purity magnesium, has progressed through to the Northern Australia Infrastructure Facility’s due diligence phase (NAIF).

EcoMag plans to build a commercial-scale plant near Karratha, Western Australia to turn recovered magnesium into hydrated magnesium carbonate (HMC) – a high purity magnesium material used in the production of a range of products including smart phones and retardants.

It is expected the project if developed will create 110 direct and indirect jobs, in addition to diversifying economic activity in the region.

EcoMag has approached NAIF to help fund the construction of the plant through a concessional loan. The next step for EcoMag is to provide detailed due diligence materials to NAIF for review and to then submit a formal Investment Proposal. Any financial assistance to the project would also require approval by the Western Australian Government.

Since NAIF came into effect on 1 July 2016, there has been strong interest from Western Australian companies. Over the 2017-18 financial year the number of active project enquiries in Western Australia increased by 93%. Of the twenty-three projects currently in the due diligence phase with NAIF, ten are in Western Australia – including EcoMag Limited’s project.

Communities in the north of Western Australia are benefiting from NAIF commitments to help accelerate infrastructure development across four projects. NAIF commitments to date, through Investment Decisions and conditional approvals in that region total $211 million with the total project size of all those projects aggregated to $707 million.

Construction and project works for the development of a marine supply facility, supported by a NAIF loan of up to $16.8 million is already underway at the Onslow Marine Supply Base (OMSB). The OMSB project is forecast to boost the state economy by up to $100 million over 10 years and create around 220 jobs.

The NAIF Board has also made Investment Decisions to provide loans of up to $95 million for the development of the Thunderbird Mineral Sands Project, one of the world’s largest and highest-grade zircon and titanium dioxide deposits. NAIF’s support is expected to help the project create 400 jobs during construction and 280 direct jobs over the 42-year mine life.

The upgrade of the public Pippingarra Road, south of Port Hedland will be accelerated via a loan of up to $19.5m to Pilbara Minerals Limited. This will provide a safe alternate keeping heavy vehicles off a large part of the Great Northern Highway. An Indigenous joint venture, has already been sub-contracted on preliminary roadworks.

“NAIF will help transform northern Western Australia as we continue to deliver on our vision to finance projects that generate public benefit, unlock growth in the economy and provide sustainable Indigenous participation and employment for that region.”