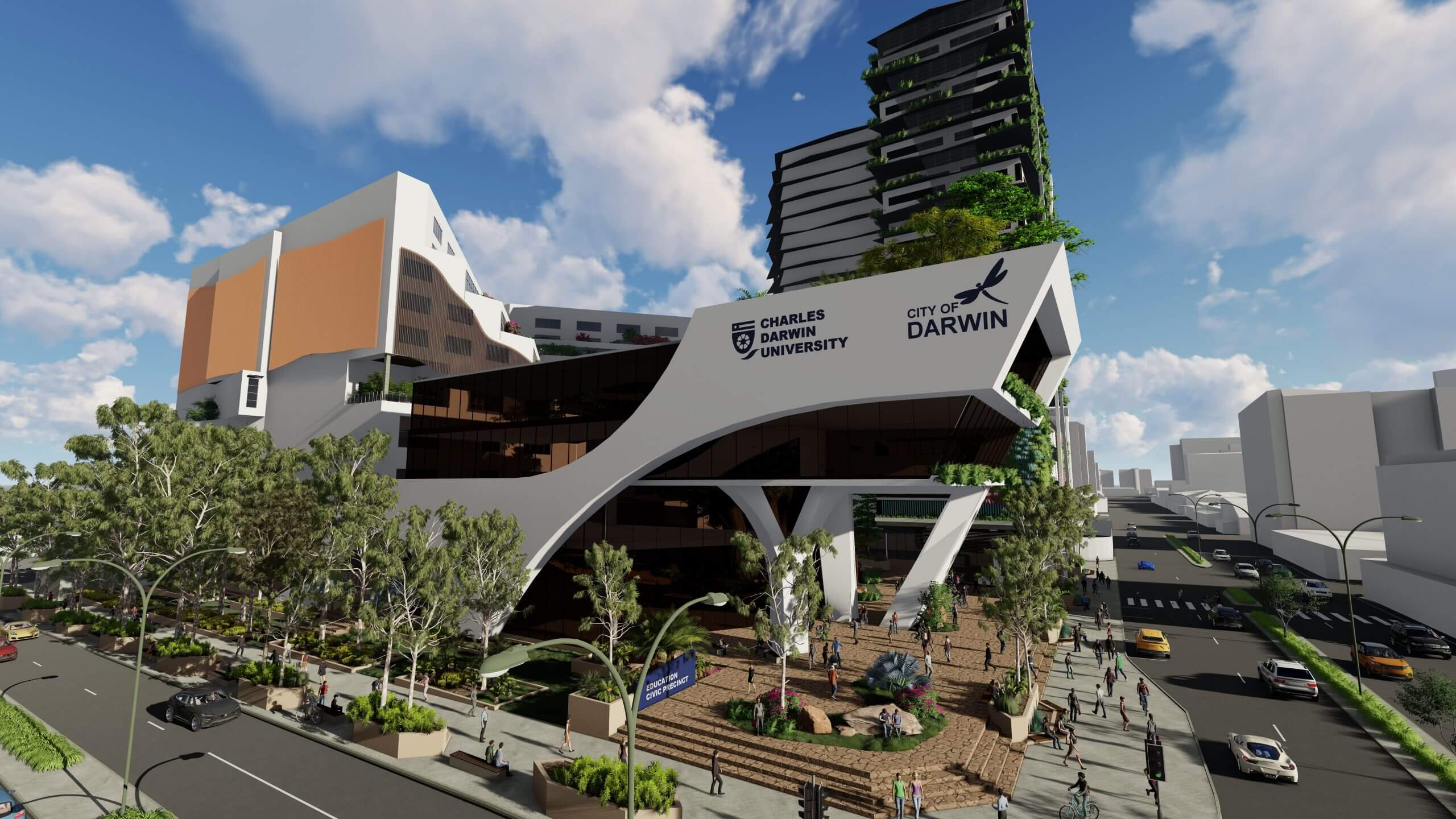 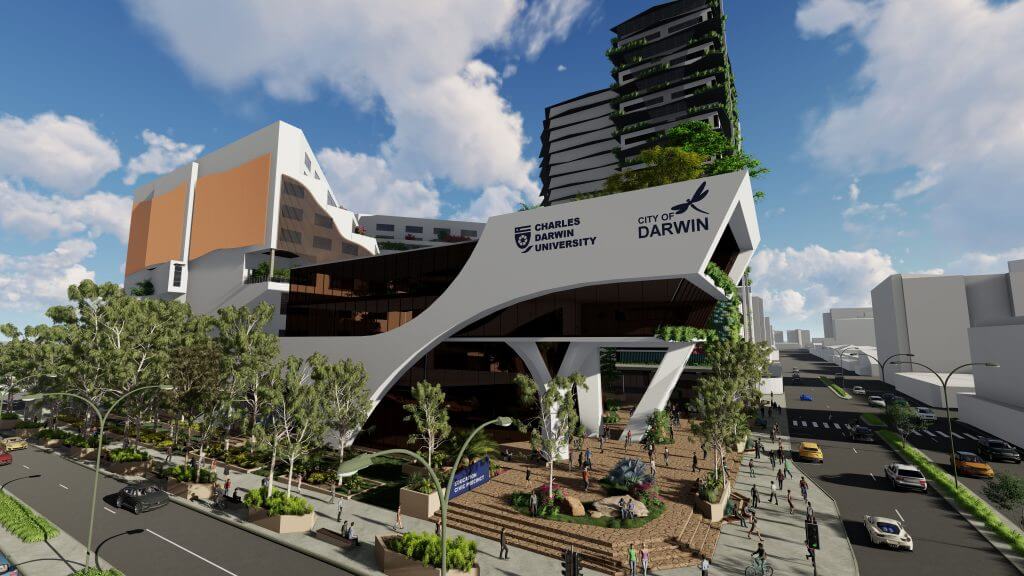 CDU will design and build a new education and civic precinct in Darwin city. The project comprises:

The majority of, the conditionally approved NAIF loan ($125m) will fund the CBD City Campus works which form part of the Darwin City Deal announced by the Prime Minister in November 2018. The remainder of NAIF’s loan ($25m) will be used by CDU for improvements to the existing Casuarina Campus.

The City Campus Project is expected to generate significant public benefit through providing modern education facilities for those in the Northern Territory and help to transform the Darwin CBD by bringing students on campus into the city.

The funding was announced in Darwin today by Minister for Northern Australia, Senator the Hon Matthew Canavan.

Acting NAIF CEO Amanda Copping said: “NAIF is delighted to announce our support for important infrastructure in Darwin and the Northern Territory more broadly. Independent analysis found that an inner-city campus could boost the Darwin region’s economic output by more than $250 million over the next 15 years and support an extra 54 jobs in the Darwin economy by 2023.”

With conditional approval by NAIF now secured, the University will carry out site works, building procurement and complete a range of other required plans and strategies prior to seeking an investment decision by NAIF, expected in early 2020.

NAIF will continue to work closely with CDU and other stakeholders involved in the Cities Deal to meet this timetable.

The balance of the project is expected to be funded by the Commonwealth grant for the Darwin Cities Deal funding, funds from City of Darwin, NT Government and other stakeholders.

The CDU project adds to the strong pipeline of NAIF investments being delivered in the NT, including:

Every NAIF project will support important Indigenous engagement with many projects committing to Indigenous employment or procurement targets.