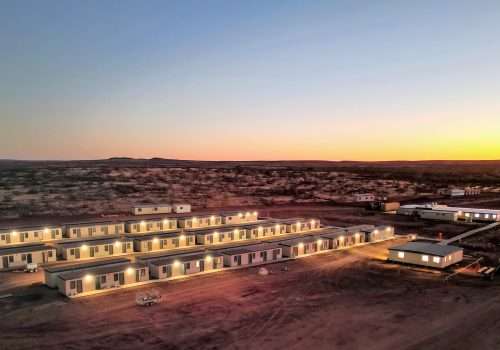 The NAIF, a key funding pillar driving the Australian Government’s Northern Australia agenda, will provide a $220 million loan to Hastings Technology Metals Ltd to help fund the construction of a rare earths mine, processing plants and associated infrastructure.

Yangibana boasts high-quality concentrations of Neodymium and Praseodymium, which are key in the manufacture of permanent magnets used in electric vehicles, wind turbines, robotics, medical applications, and digital services.

Minister for Resources and Northern Australia Madeleine King said NAIF’s support for the project was evidence of the Government’s determination to grow the critical minerals sector.

“Support for projects like this underline the Albanese Government’s commitment to reach net zero emissions by 2050,” Minister King said. “The road to net zero runs through Australia’s resources sector.

“We need to support Australian mining so the industry can supply the minerals we need to build the technology of the future to support a decarbonising economy.”

NAIF had previously approved a loan of $140 million, however it has agreed to increase that amount to reflect rising costs and the recent strength of magnet rare earth prices.

Rare earth ore will be mined, crushed and concentrated at Yangibana, before being processed in Onslow into a Mixed Rare Earth Carbonate and then shipped to global customers.

The project is expected to deliver a forecast $1.3 billion in net public benefit to the Gascoyne region and support around 700 jobs during construction and operations.

Regional benefits from the project will include improved water infrastructure and common user road, communication and airstrip upgrades. NAIF CEO Craig Doyle said the funding was supporting jobs, industry and communities across the North of Australia.

“NAIF projects are forecast to support more than 15,000 jobs and contribute over $29 billion in public benefits to the northern Australian economy,” Mr Doyle said.

Media release by The Hon Madeleine King MP Minister for Resources and Minister for Northern Australia on 17 January 2023.