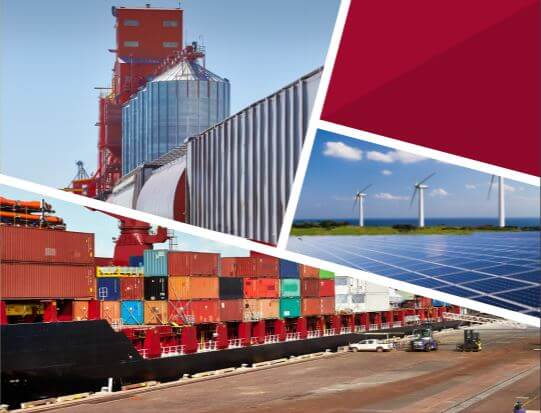 The Northern Australia Infrastructure Facility (NAIF) pipeline has now grown to 140 enquiries, a little more than 12 months after the organisation was established.

NAIF CEO Laurie Walker said the announcement came after the board made its first Investment Decision in September, for a project in Western Australia.

“The proposal to offer financial assistance to the Onslow Marine Support Base Project signals to communities across Australia’s north that we are ready and able to help build job creating infrastructure,” Ms Walker said.

“This is a significant announcement, considering NAIF was only established on 1 July 2016 and the timeframe to reach financial close on infrastructure projects can take between two and three years or even longer.

“The Onslow project is estimated to contribute $100 million to the economy over a 10 year period.

“Financial assistance to this project is subject to a number of conditions, including the agreement of the Western Australian Government, which has yet to be obtained.

“The NAIF team is currently working with dozens of other proponents, and, with the Board, has been active in visiting stakeholders across the country and also attracted interest from international investors.

“Our priority and commitment is to grow northern Australia and we welcome any opportunity to do this.”

Ms Walker said the 140 projects were across a range of sectors and in all northern Australia jurisdictions.

“Sixty-three of the projects are in the active phase, including 32 in Queensland, 10 in the Northern Territory and 17 in Western Australia. Four are cross-jurisdictional.,” she said.

“Of those 140 projects, 21% are in transport, 20% are in the resources sector, 19% are related to electricity generation including renewables, 17% are in the agriculture industry, while 23% are in other sectors including water infrastructure, communications, gas pipelines and tourism.

“10 projects are in the Due Diligence or Execution phase, which is an opportunity for proponents to provide the additional information needed for NAIF to consider a project in detail.

“This is an important part of the process that takes place before a formal application is submitted.”

Ms Walker said financing from the NAIF wasn’t limited to certain sectors or locations in the country’s north.

“One of the projects in Due Diligence is in the tourism sector and that’s really exciting,” she said.

“We’ve also been approached by others who have ideas to build tourism and we’ll look at all of these.

“Any project that fits the mandatory criteria will be considered, including projects that require financing of less than $50 million.

“There has been the misconception that only larger projects will be considered, but this is simply not the case.

“This was demonstrated by the Onslow decision, which is for financial assistance of around $16.8 million.”

“We urge community leaders across the country’s north to encourage potential proponents to come forward, so we can look at projects that will help grow their economies and provide infrastructure for future generations.”