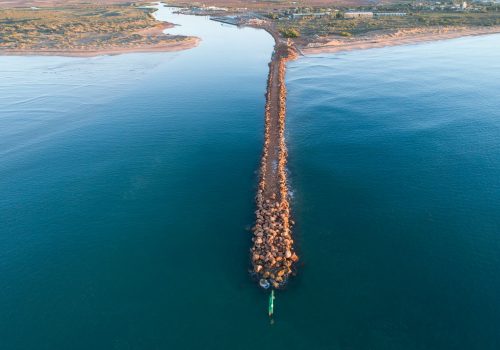 The NAIF Board has made its first Investment Decision regarding the Onslow Marine Support Base Project in Western Australia, indicating to the Deputy Prime Minister it proposes to offer financial assistance of around $16.8m for a multi-user infrastructure port and marine supply project. The Deputy Prime Minister is considering this proposal notice in accordance with the consideration period requirements of the NAIF Act 2016.

NAIF is mandated to contribute to the growth in the economy and population of northern Australia. The NAIF investment will accelerate infrastructure development and the generation of public benefit that would not otherwise occur at this stage without NAIF’s involvement. This includes the creation of local job opportunities. In accordance with NAIF’s mandate the project also incorporates an indigenous engagement strategy setting out the proponent’s objectives for Indigenous participation, procurement and employment.

The NAIF’s first Investment Decision is a significant milestone and demonstrates extremely strong progress given NAIF was only established on 1 July 2016. Independent market analysis of infrastructure projects indicates the period from project conception to a point where a project is ready to be assessed by lenders is typically between 19 and 32 months and then a further 3 to 6 months of commercial negotiations to reach financial close (i.e. ~2 to 3 years). That is potentially longer for projects such as those NAIF finances which are proponent (not government) led.

The Investment Decision also provides a tangible example that the NAIF Board is extremely flexible in the threshold amount for a NAIF investment. This Decision reflects the Board’s view that there are important smaller projects which it will support.

It also demonstrates the effectiveness of NAIF’s talented and experienced team of financiers to undertake the project due diligence and of NAIF’s credit processes and its ability to work in partnership with other lenders and proponents. NAIF’s process is responsive and agile.

Financial assistance to this project is subject to a number of conditions including the agreement of the Western Australian Government and this has not yet been obtained.

NAIF will publish on its website information on the investment as required within 30 business days as outlined in its Investment Mandate.

Further announcements will be made in due course.