The Northern Australia Infrastructure Facility (NAIF) is pleased to announce it has achieved contractual close for a $150 million loan towards the development of the Coburn Heavy Mineral Sands Project in Western Australia. 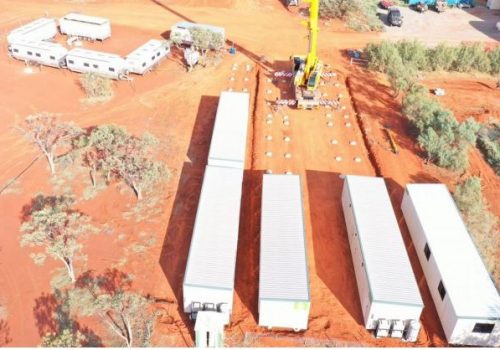 The Northern Australia Infrastructure Facility (NAIF) is pleased to announce it has achieved contractual close for a $150 million loan towards the development of the Coburn Heavy Mineral Sands Project in Western Australia.

The Coburn Project – owned by Strandline Resources Limited – is expected to be one of the world’s largest and most capital efficient mineral sands projects, with a strong zircon-titanium product suite. Mineral sands are used in ceramic tiles, pharmaceuticals, electronics, paint, plastics, titanium metal and welding rod applications.

NAIF’s loan will be used for key project infrastructure including a processing plant and equipment. The project is expected to generate up to $922 million of net public benefit to the region over 25 years and the company estimates will generate in excess of 300 direct jobs during construction and 150 jobs during operations.

NAIF has now reached contractual close on 20 financings valued at more than $2 Billion. Contractual close is a key point of economic enablement for NAIF’s transactions as this is when proponents have the confidence to can carry out project design and construction, driving employment and economic growth.

The Coburn project is one of a range of resources projects that NAIF has supported across northern Australia, NAIF has to date approved loans to resource deals, across a range of commodities including iron ore, bauxite, amorphous silica, mineral sands and the potash sectors.

NAIF CEO Chris Wade said: “Reaching contractual close is an important milestone and can act as a key driver for employment and economic growth. We thank the Western Australian Government for their co-operation in signing off on the loan documents and we look forward to NAIF’s funds flowing to the Coburn Project shortly.”

NAIF is a development financier that was established by the Federal Government in 2016 in order to provide senior debt to support the development of infrastructure projects in northern Australia. NAIF provides loans to encourage and complement private and public sector investment in economic infrastructure.

NAIF has now made commitments (in the form of investment decisions and conditional commitments) across 25 investments in North Queensland, Northern Territory and Western Australia valued at $2.9 Billion.

NAIF’s investment is forecast to support around 9,000 jobs and generate around $9.4 Billion in economic benefit to the north.

Legislation to extend NAIF until 2026 recently passed the Australian Parliament. The series of reforms included in the legislation will provide NAIF with additional flexibility and financing tools to continue to support the development of northern Australia.