The Northern Australia Infrastructure Facility (NAIF) is backing regional Queensland’s agriculture sector with approval of a $71 million loan to support the expansion of an integrated fertiliser company. 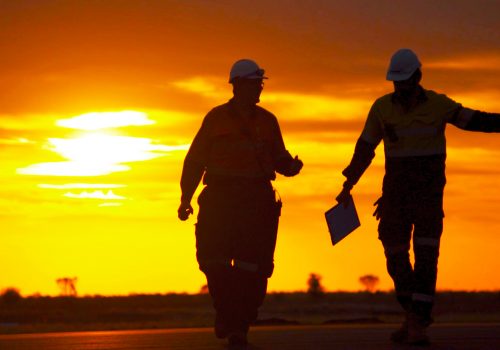 The Northern Australia Infrastructure Facility (NAIF) is backing regional Queensland’s agriculture sector with approval of a $71 million loan to support the expansion of an integrated fertiliser company.

Agripower Australia Limited, a producer of a range of natural silicon fertilisers for use in agriculture and horticulture, requires a loan facility to help the company develop what is believed to be the world’s largest resource of biogenic amorphous silica.

With a mine near Greenvale and a processing facility near Charters Towers, Agripower believes its 2-billion tonne deposit could create a mine life of 200 years. This can potentially mean jobs for local skilled and unskilled workers for generations to come.

NAIF has agreed to support the company by helping fund a range of capital works projects including a new multi-user rail spur, water line and mine site facilities.

The projects are forecast to generate more than 500 regional jobs (345 FTE construction roles and 171 FTE operational roles) and deliver $256 million to the region in the form of contributions to Gross Regional Product over 20 years.

“We are excited to support Agripower’s plans and continue NAIF’s recent momentum of investment in a range of industries and sectors across North Queensland and northern Australia more broadly. This program of works will support Agripower’s long-term expansion and importantly, support the region’s economic recovery with a sizable number of jobs.”

NAIF has made financing commitments of $2.8 billion to projects in northern Australia. These projects are forecast to generate more than $8.5 billion in economic impact and support around 8,000 jobs (during construction and operations).

With this financing, NAIF has now offered funding worth more than $1 billion to support ten projects in central and northern Queensland, forecast to generate more than 2,900 forecast jobs.

NAIF’s mandate has been extended by the Minister for Resources, Water and Northern Australia until 2026. Legislation has recently been introduced to the Australian Parliament to further assist in accelerating NAIF’s ability to drive economic growth in northern Australia.