Media > News > Boost to Critical Minerals Production in the Pilbara

Boost to Critical Minerals Production in the Pilbara

Ministerial release by the Hon Madeleine King MP, Minister for Resources and Minister for Northern Australia. 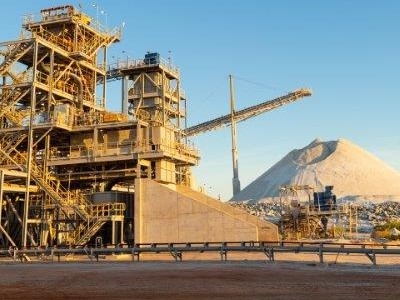 Ministerial release by the Hon Madeleine King MP, Minister for Resources and Minister for Northern Australia.

The Australian Government will commit up to $250 million in loans to support the expansion of Pilbara Minerals Limited’s Pilgangoora Operations in Western Australia.

This support consists of a $125 million loan each from the Northern Australia Infrastructure Facility (NAIF) and Export Finance Australia. This will sit alongside commercial bank financing for their operations.

The loans will be used to expand the company’s mining and processing operations in the Pilbara region, which produce lithium containing spodumene and tantalite concentrates, with the former exported from Port Hedland.

These are key battery materials that are used largely in the manufacture of lithium batteries, making them an important element in Australia’s offering as a globally trusted supplier of critical minerals and supporting the world’s transition away from non-renewable energy sources.

The project is estimated to create 355 jobs each year in the first two years of construction and an additional 320 jobs each year on average during operation.

Minister for Resources and Northern Australia Madeleine King said this is another example of how NAIF-funded projects are supporting the Government’s net zero agenda.

“The global path to net zero runs through the Australian resources sector and producing battery materials is a vital contributor to a lower carbon economy,” Minister King said.

“The NAIF has now made financing commitments of $3.87 billion to projects across Northern Australia, with around $1.9 billion of that in Western Australia.

“In total the projects across WA are forecast to support more than 6,380 jobs and deliver more than $17.4 billion in economic impact, which will be transformational.”

“Projects like Pilbara Minerals’ Pilgangoora Operations are helping to accelerate the global uptake of renewable technologies and reduce carbon emissions.

“Export Finance Australia is playing a vital role in supporting the Government’s net zero agenda and the critical minerals sector, with over $1.6 billion in finance approved for critical minerals projects to date.”

“Our investment into the Pilgangoora expansion in the Pilbara will help deliver on the Australian Government’s agenda to grow the critical minerals industry and further position Australia as a reliable supplier of battery minerals,” Mr Doyle said.

“As a global financier who has supported clean energy projects abroad, we see the great economic potential of Australia’s critical minerals sector and its importance to new technologies, particularly renewable energy.”

The NAIF loan will be provided via the WA Government. The EFA loan is being provided on its Commercial Account. EFA also administers the $2 billion Critical Minerals Facility on the National Interest Account.

As part of the funding commitments, NAIF will continue to work with Pilbara Minerals on delivery of their Indigenous Engagement Strategy, to ensure positive indigenous employment and cultural outcomes are achieved.

Provision of NAIF and EFA loans is subject to all regulatory approvals and financing conditions being met.

The government is committed to the development of Australia’s critical minerals industry and is working with international partners to position Australia as a world leader in exploration, extraction, production, and processing.

Just last month, the government signed a new partnership on critical minerals with Japan as part of its focus on building stronger and more diverse supply chains.