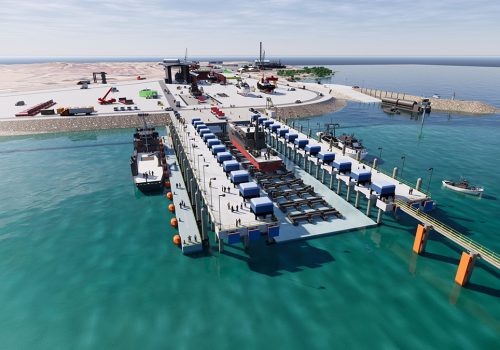 The project involves the expansion of Darwin Harbour, including the construction of a new Shiplift, to facilitate the development of various support industries.

The facility will be able to lift vessels up to 5,000 tonnes and include four wharves and 20 hectares of hard stand area for repair and maintenance works. These additional facilities will reinforce the city’s marine maintenance and servicing activities and create spinoff benefits for local businesses.

Situated on Northern Territory Government land, the Shiplift will be operated by the Paspaley Group, who will be a major customer of the project.  As a condition of the NAIF funding, an open access arrangement will ensure multi-user access for other businesses in the region.

NAIF has now invested $795 million in funds into the NT through Investment Decisions and conditional approvals.

These latest projects add to the strong pipeline of NAIF investments being delivered in the NT, including:

Ms Copping thanked the NT Government for working with NAIF co-operatively while the Investment Decision was finalised.

A PDF of the NAIF release can be viewed here