NAIF will provide $66 million to reinvigorate an abandoned historical Central Queensland gold mine. 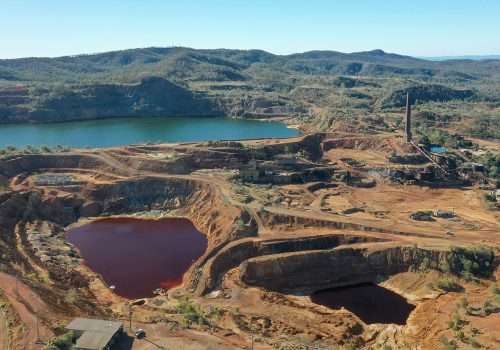 NAIF will provide $66 million to reinvigorate an abandoned historical Central Queensland gold mine.

Heritage Minerals are planning to breathe new life into the Mount Morgan site by reprocessing old tailings and rehabilitating the site.

NAIF, a key funding pillar driving the Australian Government’s Northern Australia agenda, will provide a $66 million loan to Heritage Minerals to build a tailings processing plant and associated infrastructure, and to allow for rehabilitation of the site.

The proposed plant at Mount Morgan will treat two million tonnes of tailings a year. A new water treatment plant to be built as part of the project would improve water quality in the Dee River. Minister for Resources and Northern Australia Madeleine King said the project was forecast to create 250 new direct construction jobs and up to 150 operational jobs, with further indirect jobs promised alongside economic and social benefits for the wider Rockhampton region totalling an estimated $849 million.

“This much-needed project will create jobs and invigorate economic activity in the region,” Minister King said.

“It is an excellent example of renewal in the resources industry.”

“This is another demonstration of how the Albanese Government is working to support communities in the North to ensure they are set up with sustainable industry for the future.”

The recovery of gold and copper from tailings will help meet increasing demand for the resources required for the clean energy transition while also improving environmental outcomes for the region and industry.

NAIF CEO Craig Doyle said that with the Queensland Government also supporting the project, he was confident the proponents would deliver the infrastructure to ensure the region secures the forecast public benefit.

Media release by The Hon Madeleine King MP Minister for Resources and Minister for Northern Australia on 17 January 2023.