The Northern Australia Infrastructure Facility (NAIF) will provide a major boost to northern Australia’s aquaculture industry with approval of the next stage of funding for Humpty Doo Barramundi Pty Ltd. 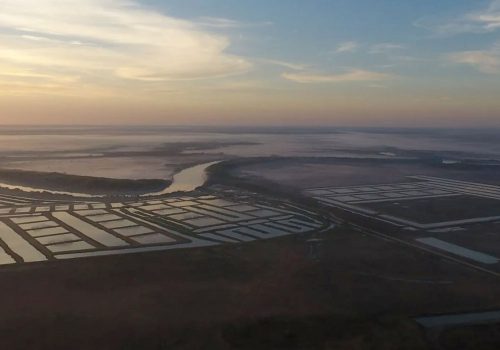 The Northern Australia Infrastructure Facility (NAIF) will provide a major boost to northern Australia’s aquaculture industry with approval of the next stage of funding for Humpty Doo Barramundi Pty Ltd.

A $24.2m loan, combined with additional funding by co-lender ANZ, will provide more than 270 much needed construction and operational jobs as the NT moves into its post COVID recovery phase.

Stage two of the barramundi farm expansion will enable the family-run business to take advantage of increased demand for high quality Australian seafood.

NAIF CEO Chris Wade said “Humpty Doo Barramundi was NAIF’s first Northern Territory Investment Decision and having successfully rolled out the first stage of the new project, we are delighted to be working with this great Australian success story to add further capacity”.

This stage will also include the construction of a hatchery at Channel Island which will be the first purpose built commercial Barramundi hatchery in the NT and will provide juvenile fish supply security to the Territory.

“We are pleased to be able to make this next investment towards making Australia self-sufficient in producing Australia’s iconic salt water Barramundi, while creating new opportunities for our fellow Territorians.  We would like to acknowledge the great work of the teams at NAIF the ANZ and Humpty Doo Barramundi to make this happen.”

Mr Wade said there were a number of economic benefits that would come from the next stage of this  expansion, including:

“These are significant benefits that are expected to be generated as a result of the NAIF support,” he said.

Humpty Doo Barramundi have made additional commitments under their existing Indigenous Engagement Strategy, which aims to provide opportunities for indigenous enterprises as well as increased recruitment and retention opportunities for aboriginal employees.

Contractual close and the start of construction is expected by the end of 2020.