Construction of new beef processing facilities in Central Queensland will be stepped up with funds from the Northern Australia Infrastructure Facility (NAIF) now flowing to the project. 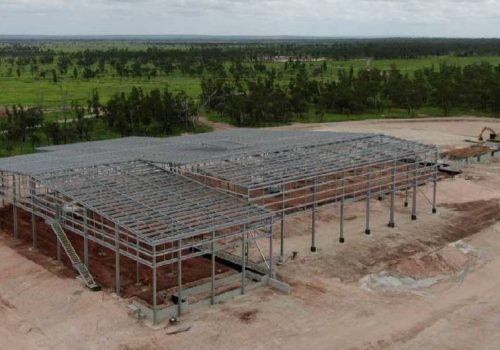 Construction of new beef processing facilities in Central Queensland will be stepped up with funds from the Northern Australia Infrastructure Facility (NAIF) now flowing to the project.

Through a $24 million loan, NAIF is backing Signature Onfarm’s plans to build a specialist beef processing facility and on-site employee accommodation near Clermont in Queensland.

The project is being developed by the Angus family, an industry leader in the cattle industry in Australia and will be used by local cattle producers and other branded beef companies to process cattle at an abattoir located closer to their farm. New technology and processes at the plant will result in increased carcass yields for producers and this project will ultimately grow the central Queensland premium beef brand.

Other benefits include a forecast 200 construction and up to 70 ongoing jobs.

Financial close has now been reached on NAIF’s loan and drawdown of funds to the project has commenced.

NAIF CEO Chris Wade said: “The Signature Onfarm project will bring a range of benefits to the region and Queensland more broadly and we are delighted that NAIF funds are now flowing to the project.”

NAIF’s mandate was recently extended by the Minister for Resources, Water and Northern Australia until 2026 and the Minister also announced a series of reforms that following the passing of legislation will further assist in accelerating NAIF’s ability to drive economic growth in northern Australia.