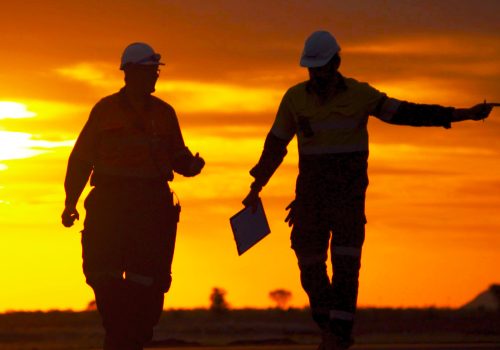 Pembroke Resources’ Olive Downs Coking Coal Project, situated in the Bowen Basin 40km south east of Moranbah, will create up to 700 jobs during construction and more than 1,000 new jobs in the region once at peak production.

Ramping up from an initial production of 4.5 million tonnes of steelmaking coal per annum, at peak production Olive Downs is forecast to produce up to 15 million tonnes per annum. The coal will be transported by rail to the Dalrymple Bay Coal Terminal for export to key international markets like Japan, South Korea, Vietnam, and India.

The mine has open-cut JORC reserves of more than 500Mt, making it one of the largest steelmaking coal reserves in Queensland .  The development has approval from the Queensland Government.

NAIF’s loan will fund infrastructure during the first phase of construction at the mine including rail and transmission lines, water pipelines, access roads and a coal handling preparation plant.

NAIF’s investment has passed the non veto phase by Keith Pitt, the Minister for Resources, Water and Northern Australia.

With this latest investment, NAIF has committed more than $3 billion to 26 infrastructure projects across northern Australia.

NAIF CEO Chris Wade said: “We are delighted to support a major job creating project in one of central Queensland’s key industries. With more than $3 billion in investment now committed to job creating projects, NAIF is supporting economic growth in northern Australia. Helping the Olive Downs project deliver many hundreds of locally-based jobs to the region is something we are delighted to do.”

Pembroke has committed to providing workers with an opportunity to live in towns near the mine including Moranbah, Dysart and Mackay.

As part of Pembroke’s Indigenous Engagement Strategy – a condition of NAIF’s funding – the company has committed to strengthen their relationships with the local Traditional Owners, the Barada Barna people. This includes continuing support of cultural heritage on country and developing training and employment initiatives with the Barada Barna Aboriginal Corporation.

In Queensland, NAIF has approved $1.2 Billion of loans to 11 projects. NAIF has reached contractual close of $989m in transactions in Queensland – a critical point of economic enablement where design and construction activities commence and job creation starts.