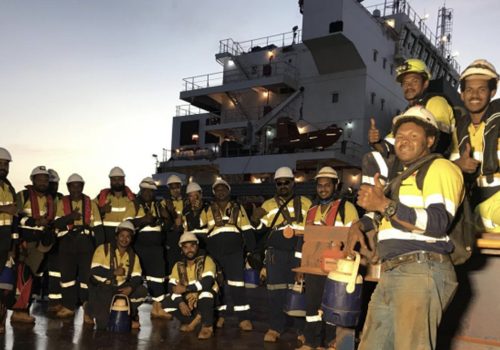 The Northern Australia Infrastructure Facility (NAIF) welcomes the Queensland Government advising Metro Mining Limited that the State will not exercise its veto right regarding the Metro Mining Bauxite Hills Mine Expansion proposal near Weipa in Far North Queensland.

NAIF has previously announced a loan of up to $47.5 Million to fund the construction and mobilisation of a Floating Terminal as part of the Stage 2 expansion. The loan by NAIF is the first in the Cape York region.

The new infrastructure, situated at Skardon River, will allow the company to load larger vessels and is part of a plan to expand to 6 million wet metric tonnes.

Bauxite is aluminium-rich ore that is used for aluminium production and for production of refractory materials, chemicals or cements.

Following Queensland Government’s ‘non veto’ of the loan, parties will now work achieve financial close which will allow Metro to draw down NAIF’s loan as they require.

NAIF CEO Chris Wade said: “We are pleased to work with Metro Mining to help bring additional economic development to the region and thank the Queensland Government for their assistance during the process to date.”