The Coalition Government is investing $140 million through the Northern Australia Infrastructure Facility (NAIF) for the construction of the revolutionary Hastings Yangibana rare earth project in Western Australia. 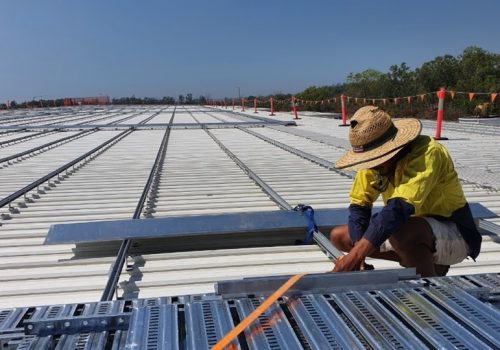 The Coalition Government is investing $140 million through the Northern Australia Infrastructure Facility (NAIF) for the construction of the revolutionary Hastings Yangibana rare earth project in Western Australia.

The construction of the Hastings project will create up to 750 jobs, more than $1.25 billion in public benefit and support Australia’s growing critical minerals sector.

Minister for Agriculture and Northern Australia, David Littleproud said this is an example of the Australian Government supporting businesses to make sure important local projects are brought to reality.

“It will make use of Northern Australia’s rich resources, strengthening key local industries and export markets to provide a real boon to our economy now and well into the future.”

Minister for Defence Industry, Minister for Science and Technology, Melissa Price said the Government’s financial support for this project will unlock game-changing benefits, particularly for employment and business opportunities in the Gascoyne, Carnarvon and Meekatharra regions.

“This project will support a range of new employment and business opportunities in the area, including for Indigenous communities,” Ms Price said.

“It has never been more vital to back local jobs and economic stimulus, which is why we are continuing to finance projects like this right across our North through the NAIF.”

“The project will be transformational for businesses and communities alike, and I can’t wait to see shovels hitting the ground and this project supporting jobs.”

“The NAIF has already committed over $3.2 billion to finance projects with an estimated total capital value of $6.6 billion and support for over 11,000 jobs,” Ms Copping said.

“The NAIF will continue to be one of the Government’s critical levers to drive economic development and jobs in our North, and we are pleased that this latest loan will help do exactly that for the Gascoyne and surrounding regions.”

For more information on the NAIF and other investments in Northern Australia, visit www.infrastructure.gov.au/territories-regions-cities/regions/northern-australia.