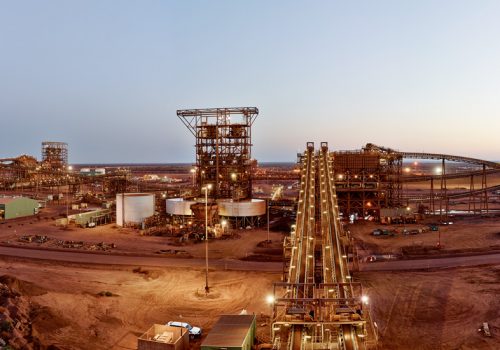 The Northern Australia Infrastructure Facility (NAIF) has made an Investment Decision to provide a loan of up to $90 million to develop the Chichester Solar Gas Hybrid Project in the East Pilbara, Western Australia.

NAIF Chief Executive Officer Laurie Walker said: “This $90 million NAIF loan to Alinta Energy will help provide low emission renewable energy generation for large off grid customers and paves the way towards the creation of a more interconnected regional energy grid in the Pilbara. The project innovatively combines solar and gas fired power to compensate for the variability of solar sourced energy. This investment by NAIF offers the opportunity to make a long-term difference to the Pilbara.”

The Project is an important step in the development of a broader interconnected network across the Pilbara with the potential to improve accessibility, efficiency, reliability and costs across the region for both businesses and residents.

Around 200 jobs are expected to be created during construction. An independent cost benefit analysis by Deloitte Access Economics of the Project estimated net public benefit of $221 million including diversification of generation capacity which increases security of supply. There is also potential for new mining operations, regional communities and pastoral stations to access electricity generated through the Project.

Through its Indigenous Engagement Strategy, a requirement of NAIF investment, Alinta has committed to targets of 3 per cent employment (project labour hours) and 3 per cent procurement, supported by an Indigenous Participation Plan that EPC Contractors working on the Project must comply with.  Alinta will also invest in a range of strategies to support Indigenous opportunities in business development, subcontracting, training and education throughout the operational phase of the Project.

NAIF has made six Investment Decisions for projects in Western Australia. In total, across northern Australia NAIF has committed to $1.4 billion in investments, supporting projects forecast to create more than 4,000 jobs and more than $2.9 billion in public benefit.

The loan by NAIF to Alinta Energy is subject to final documentation and conditions precedent to drawdown, subject to ratification from the Western Australian Government. The NAIF loan will be drawn during the approximate 18 month construction of the Project which is expected to commence before the end of the year. ARENA is also contributing $24.2 million in funding to the project.

NAIF has committed to $1.4 billion in investments across Northern Australia as a whole, supporting projects forecast to create more than 4,000 jobs and more than $2.9 billion in public benefit.

A PDF version of the NAIF media release is here