Top jobs in the Top End 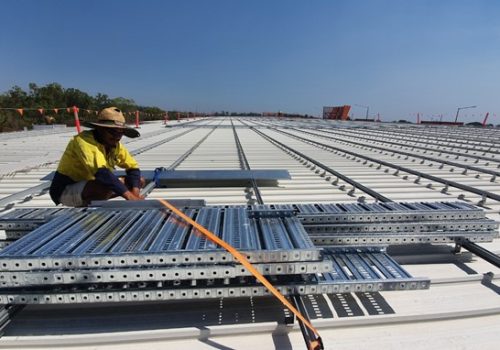 Minister for Agriculture and Northern Australia David Littleproud said the partnership between NAIF and the NTLJF will broaden the reach of the NAIF and make financing more accessible to eligible businesses.

“The NAIF has invested more than $711 million worth of loans to projects in the Northern Territory, but the NTLJF is the first of its kind targeted at small and medium businesses,” Senator Dr. McMahon said.

Special Envoy for Northern Australia Senator Susan McDonald said the project is the first on-lending project supported by the NAIF and will create lasting opportunities for local employers and communities across the Territory.

“The Government is committed to supporting business development across Northern Australia, including with new ways of collaborating between the Australian Government and State and Territory Government partners,” Senator McDonald said.

“The Local Jobs Fund has helped businesses in the Territory go from strength to strength. We’ve seen the team at SPEE3D round out another impressive year, and the same goes for Universal Site Monitoring.

“Further investment into the Local Jobs Fund will give more businesses with unique ideas a leg up to turn them into realities. It’s paving the way for new businesses to emerge and expand, as well as creating new opportunities for investment.”

For more information on the NAIF and other investments in northern Australia, visit www.infrastructure.gov.au/territories-regions-cities/regions/northern-australia.